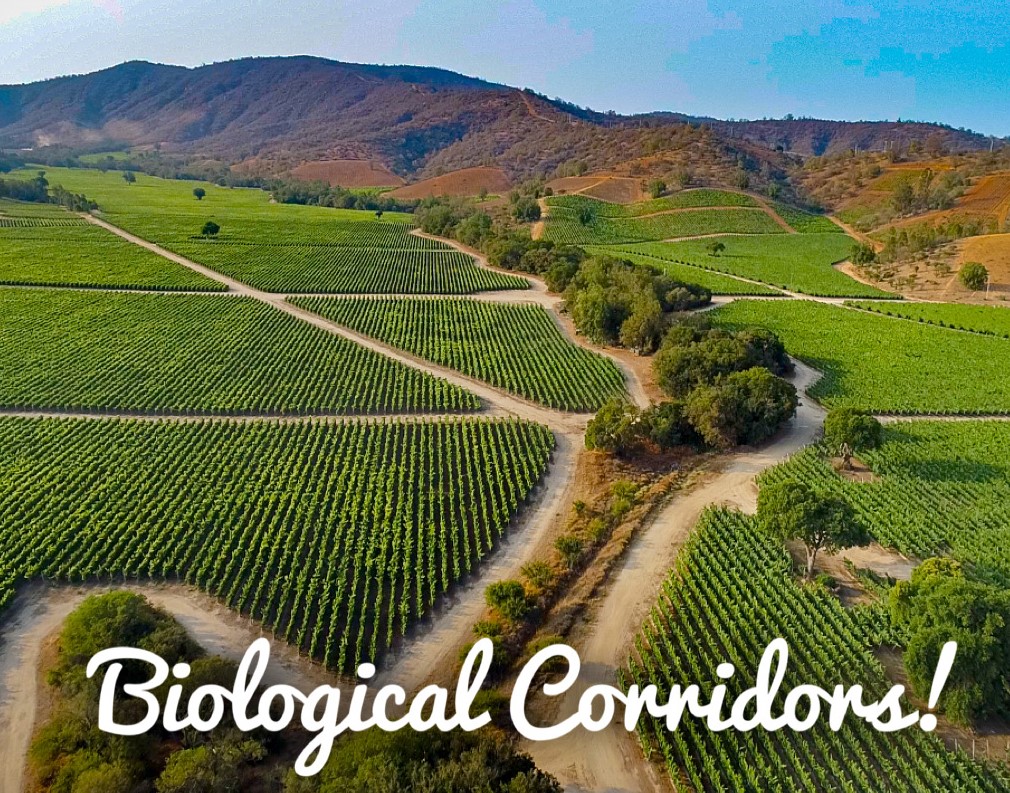 24 Nov Biological and conservation corridors in the vineyards

Posted at 16:44h in Wineblog by Marco Riquelme 0 Comments
0 Likes

In the early 2000s, when planning the new plantations in our Belén estate in the Casablanca Valley, we already had some considerations in mind. First and foremost, to carry out an avant-garde plantation of more than 130 ha in high density, with vineyards oriented to high-quality wines.

The other unshakable fact was to care about conserving -or affecting as little as possible- the place’s biodiversity. That’s why we kept the big native trees that stood within the sectors destined to became vineyards and decided to name the different plots with their names. At the same time, each of those parcels associates itself with a specific type of soil in that sector.

The aspect related to the development and maintenance of biological corridors or –more correctly- conservation corridors, was particularly relevant and well planned. This term is used by the WWF to designate a space where two or more ecosystems, landscapes, or habitats come together after having been disconnected by various human activities, such as agriculture, livestock, or works related to urbanization or infrastructure. It is through these passages that animals can move from one territory to another and seek new opportunities for their survival.

They allow us to keep more shady and humid areas that permit us to develop a large variety of plant life and insects that contribute to maintaining the vital cycle of the organisms that make up this ecosystem. Thanks to them, we can constantly see foxes, quiques (lesser grisons), and even coipos (Chilean nutria), in addition to numerous birds that live around our two reservoirs. Amongst them, taguas (red-gartered coots), different duck species, eagles, woodpeckers, and pitíos (Chilean flicker).

We have also learned from unfortunate events, such as the 2017 forest fires, that these corridors should be well maintained and considered as firebreaks in the hills so that they do not lead the flames into the fields, as it happened in other areas of the country.