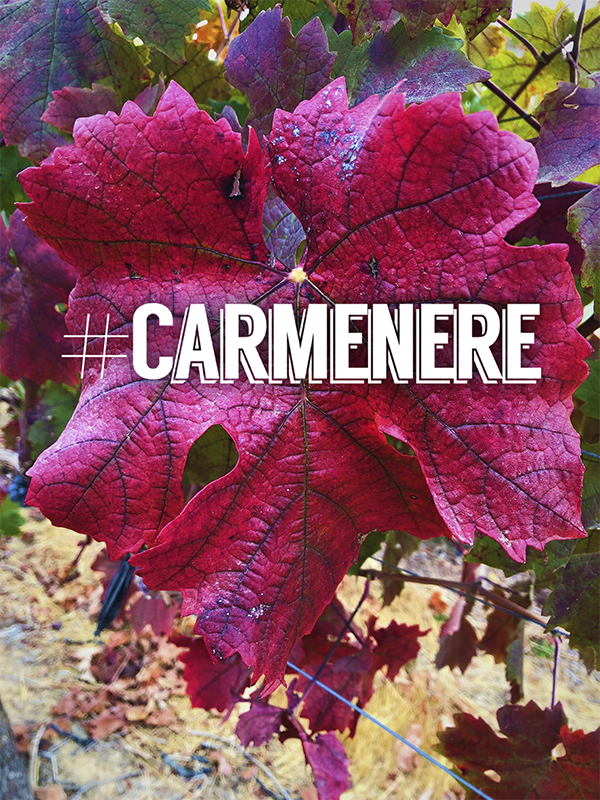 Posted at 18:46h in Wineblog by Osciel Vasquez 0 Comments
0 Likes

A great deal of water has flowed under the bridge since Carmenère was rediscovered in Chile in 1994.

This long-cycle variety – which means that it needs a long period of good temperatures to ripen– used to grow in the vineyards, mistaken for Merlot. Often planted on marginal soils, too humid or fertile, in the ‘90s and the 2000’s we learned by trial and error that this grape, so ingrained in us, required specific cares and needed to break paradigms.

Trapped between a vegetal character and an over ripeness that allowed her escaping from the excessively herbal notes shown by its wines when the vineyard was not planted on an adequate terroir, we have done no great favor to this variety’s reputation. However, more than a decade ago we started learning that, although it needs temperature, this shouldn’t be excessive but rather mild and prolonged in time. Along with a change in style –from ripe and alcoholic wines to those more oriented to fresh fruit–, Carmenère has shown us that it is on well drained, clayey soils, either alluvial or granitic, where it can give us some excellent wines. And most importantly, with an identity and a distinctive own character, especially when coming from mature vineyards. Spicy, but not green, with rounder tannins than those of his cousin Cabernet Sauvignon as well as with a naturally lower acidity, it offers great options for very gastronomic wines. Its slightly herbal character shows us a “cool climate” grape without really growing there.

Considering the latter, at Viña Morandé we dared to plant Carmenère on the alluvial soils of the banks of the Maipo river, very close to the bridge of Route 5 South. We searched in our Romeral Estate for the gravelly soils of the river’s second geological terrace with a higher proportion of clay regarding the Cabernet plots that we also established in this property. Planted in high density, pruned and cultivated to produce no more than 1 kg per plant, the vineyard, which grows in a temperate, dry but fresh climate, has given us great satisfactions. In Romeral, the temperatures are consistently lower than in Maipo’s central section, and the constant breezes that blow along the river bed in the afternoons, refresh the warms summer temperatures.

The result is a unique Carmenère, that represents all what’s good and what characterizes the variety. That is, black fruits, roasted bell peppers, a touch of smoke and the feeling of a full but fresh mouth, without green notes but with white pepper, long and with soft tannins that evolve wonderfully in the bottle.

Its aging for 12 months in oak barrels that have been used more than three times, adds complexity and helps making a great final assembling of the wine.