26 Abr COLINAS DE RÁNQUIL: A WINE THAT MAKES US RECOGNIZE OURSELVES AS CHILEAN

Posted at 19:23h in Wineblog by Marco Riquelme 0 Comments
0 Likes

In the last 10 or 15 years, the País variety has had an unusual redemption for some. Not a rescue from oblivion, because it has always been present in an important way in the national viticulture, but I do think it has been a very healthy and visionary visit to its characteristics and understanding of them. It’s also talks about how sometimes we need foreigners to open our eyes and new generations that believe in their own and dare.

The País grape is more than the grape and the wine it produces. It is the concrete manifestation of part of the agricultural culture of the Secano of Chile. Throughout the world, rural life is the repository of the traditions of each region and country. It is largely for this reason that various agricultural items are subsidized in Europe, in order not to lose tradition, avoid rural depopulation and the consequent loss of collective memory, in addition to maintaining a minimum of food autonomy.

In other words, the País grape, together with other crops, maintains a rural way of life, a local culture that, in part, makes us recognize ourselves as Chileans.

When at Viña Morandé we took the Colinas de Ránquil vineyards into our hands, this search was not alien to us. Already in 1997, Pablo Morandé had probably packaged Itata’s first Cinsault commercially. 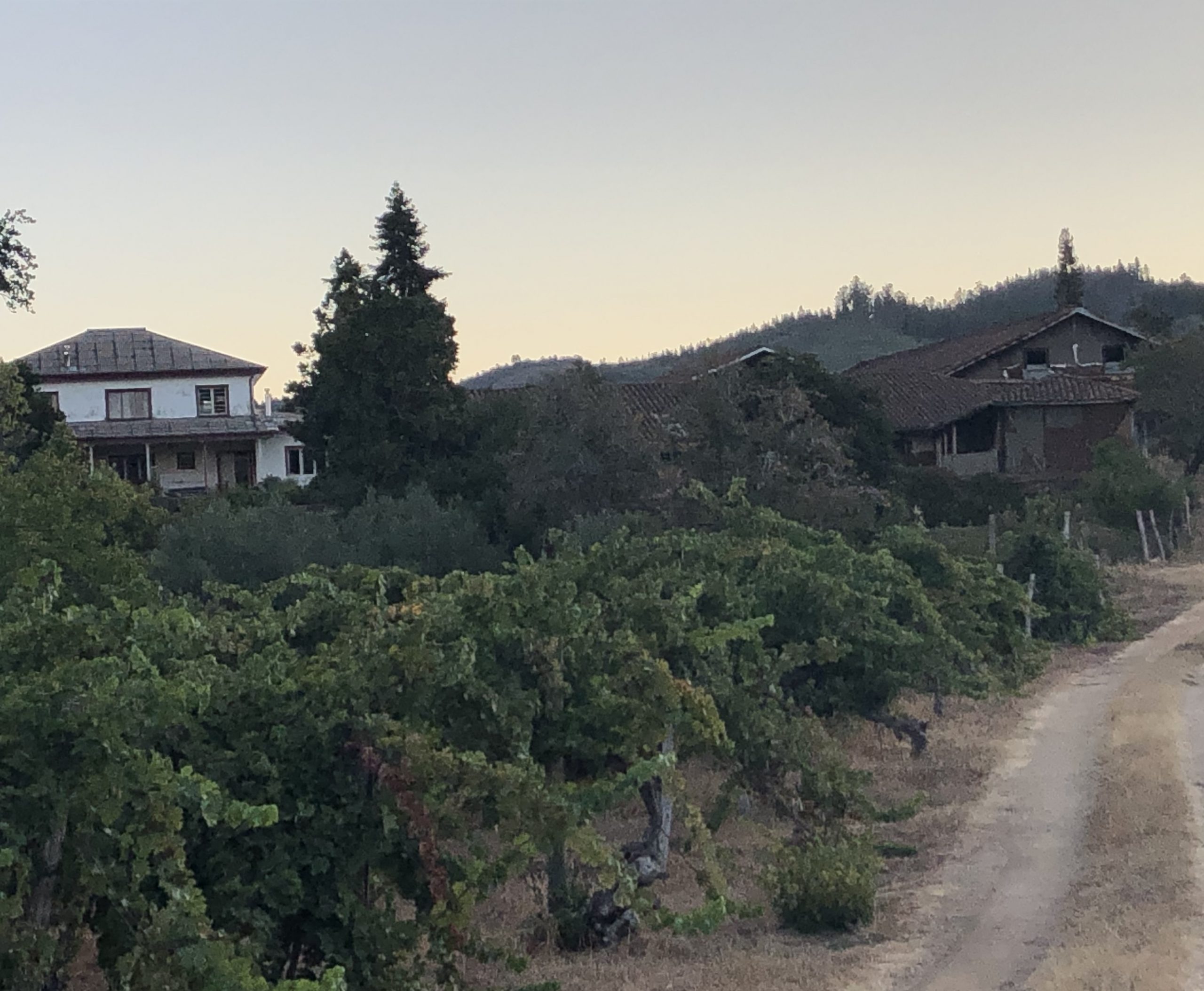 We tasted the grapes from the more than 8 hectares of País of the Ránquil field, vineyard by vineyard, trying to perceive the particularities that expressed different exposures and soils. Empirically, only with our senses we chose the Las Cruzes (sic) vineyard, which is more than 120 years old. Its grapes seemed to us to have abundant and at the same time ripe tannins. The vines looked very vigorous and, above all, with a certain homogeneity. The soil, after studying it, turned out to be generated in situ from granitic rocks that still maintain a large amount of quartz in their weathering process.

We try to take off the “helmet” of Cabernet Sauvignon that we often wear when making wine and carry out fermentation in a press, open wooden vats to be able to tread and carbonic maceration in cement. Rather passive and smooth vinifications.

We believe that the result is an excellent example of the great possibilities of this variety. Red, intense, garnet color; aromas of red fruit, reminiscent first of the cherry, some raspberry and a slightly earthy character. On the palate it is fruity, with tannins that mark but show finesse. Above all, I highlight its drinkability, its seriousness when it comes to showing itself in the glass, without foreign clothing, only its fruit and unusual elegance, given by the climatic and soil characteristics that give rise to it.

A worthy example of the hills of the town of Ránquil, where the red fruit and the strong body rule, but with the necessary elegance to stand up without complexes in front of a world that applauds what is local and appreciates that many times less is more.