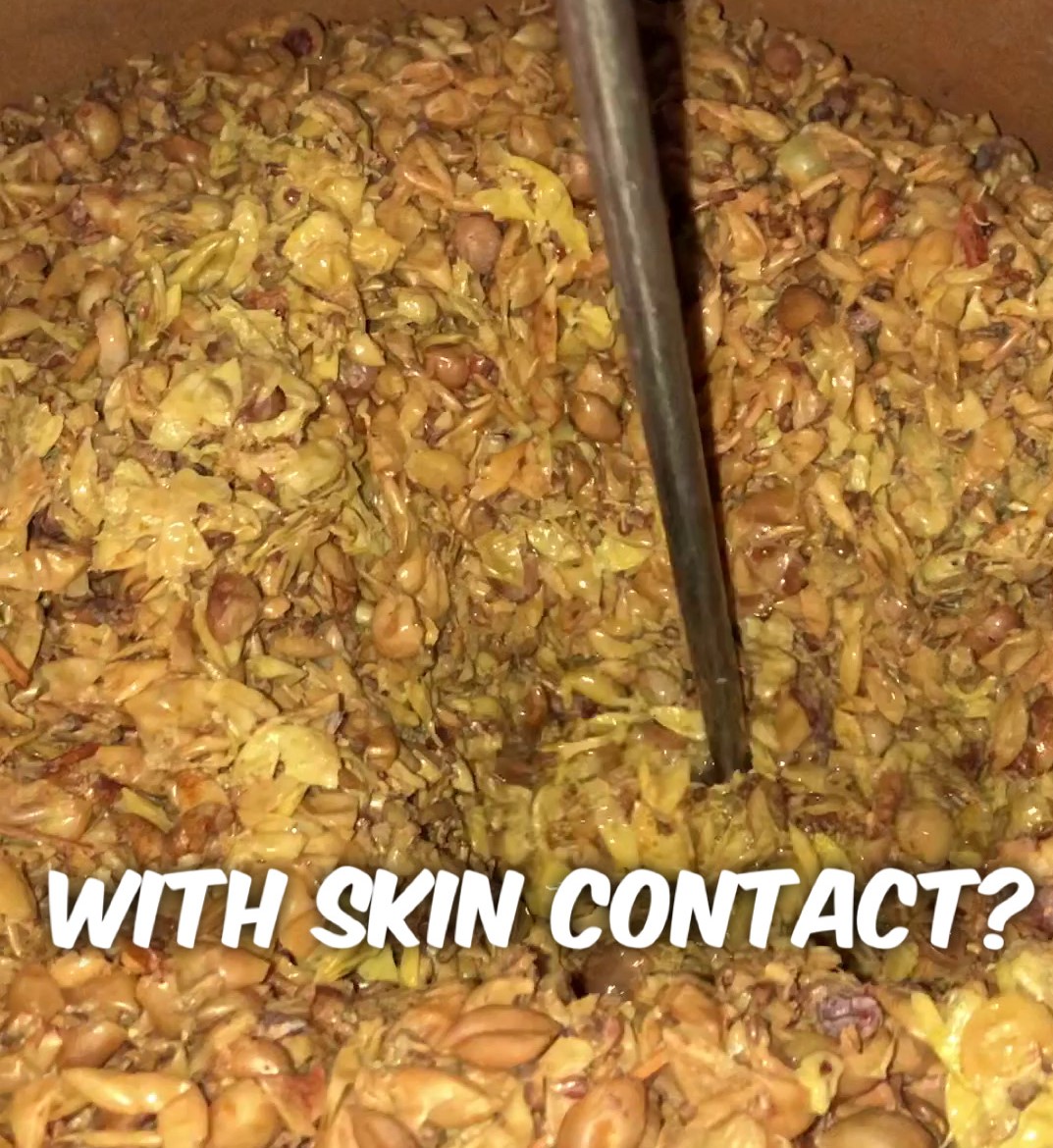 30 Jul From Liguria to Casablanca

Posted at 14:01h in Wineblog by Osciel Vasquez 0 Comments
0 Likes

While crafting wines with a great Italian friend in one of the Cinque Terre villages in Liguria, we decided to make a couple of barrels fermenting a local white variety using 100% skin contact. We wanted to experiment and see the results. On trips to Slovenia and Collio I had tasted some wines made this way and I was very impressed by their expression and volume on the palate, as well as by their absence of sweetness and their elegance.

After 10 months, the result was very good, but the previous time felt like a roller coaster of experiences: the must was dark brown and, after fermenting, it developed very unpleasant, closed and reductive aromas, which disappeared again a few months later. Once the wine decanted, it showed its true pale-yellow color. It was different from the ones I used to make at Monterroso al Mare with Bosco grapes, but it eventually turned into a regular component in the wine of that small winery, mounted on terraces covered by vineyards and lemon trees.

A part of this experience has been incorporated to the conceptual basis of our Chardonnay Gran Reserva.

As is well known, Casablanca is strongly affected by the influence of the Pacific Ocean. The foggy and cold mornings, due to the penetration of the coastal trough into the valley, are constant in a game that gives way to the sun at noon, which increases the temperature and cools down when it goes away. It is hardly surprising that one should need to wrap up with something more than a sweater in the afternoons, even in summer.

Casablanca is a small interior valley that nonetheless presents pronounced temperature differences in its east and west extremes. It is notably cold around both mouths that connect it to Valparaíso and Algarrobo. Located in the middle section of the valley, Lo Ovalle relates in its southern sector directly to the opening towards Algarrobo. By contrast, our Belén estate finds itself in the inner part, that is, towards the north. To us, its temperature conditions seemed better suited for Chardonnay and Pinot Noir rather than Sauvignon Blanc. Also partly due to its exposure towards the east, with warmer evenings.

As of the 2011 harvest, we have been focusing on making a wine that reflected the Lo Ovalle sector in Casablanca. To do this, we have placed the grapes as the key element behind the creation of balanced, dry and austere wines, with the fruit as their common denominator, but focused rather on its structure than on its sweetness.

With almost 20 years of experience in the valley, Manuel Cuevas, our vine grower could not have been a better ally when trying to give shape to this idea. We selected the Espino block, one of the property’s coldest areas, next to the Lo Ovalle reservoir. Its condition of a clonal vineyard, with small and even-sized bunches, as well as its high-density plantation on deep granitic soil of low fertility, in addition to more than a decade of specific management to achieve grapes of the best quality, made it the ideal parcel.

We were looking for a wine that would show the characteristics provided by the fermentation with the grapes’ skins, that is, more elegance and a less sweet character. We also decided to harvested earlier to keep the alcohol volume under 13,5% and, to complete the picture, resolved to reduce the malolactic fermentation, allowing the complexity of the wine to rely on its fruit and structure, and not on the latter.

Its honest fruit and creaminess are, to a large extent, due to the combination of two factors: its origin and the way it was vinified: the must was fermented with 40% of the grapes’ skins and elevated turbidity in foudres, new French oak barrels of large volume, and in cement eggs. The final blend is then the merging of three main lines, each one making its contribution to the resulting wine: fresh fruit, creaminess, and austerity. Having been kept for 12-month makes a great complement to this particular vinification system, bestowing it with long aging potential.

The resulting wine can easily be identified with Casablanca, its valley of origin. It needs at least 6 moths of bottle aging to open up and to better unfold its notes of citric fruits, dried fruits, green apples as well as some minerality. And to show on the palate its freshness, tension and verticality. With concentration but, at the same time, with great drinkability.