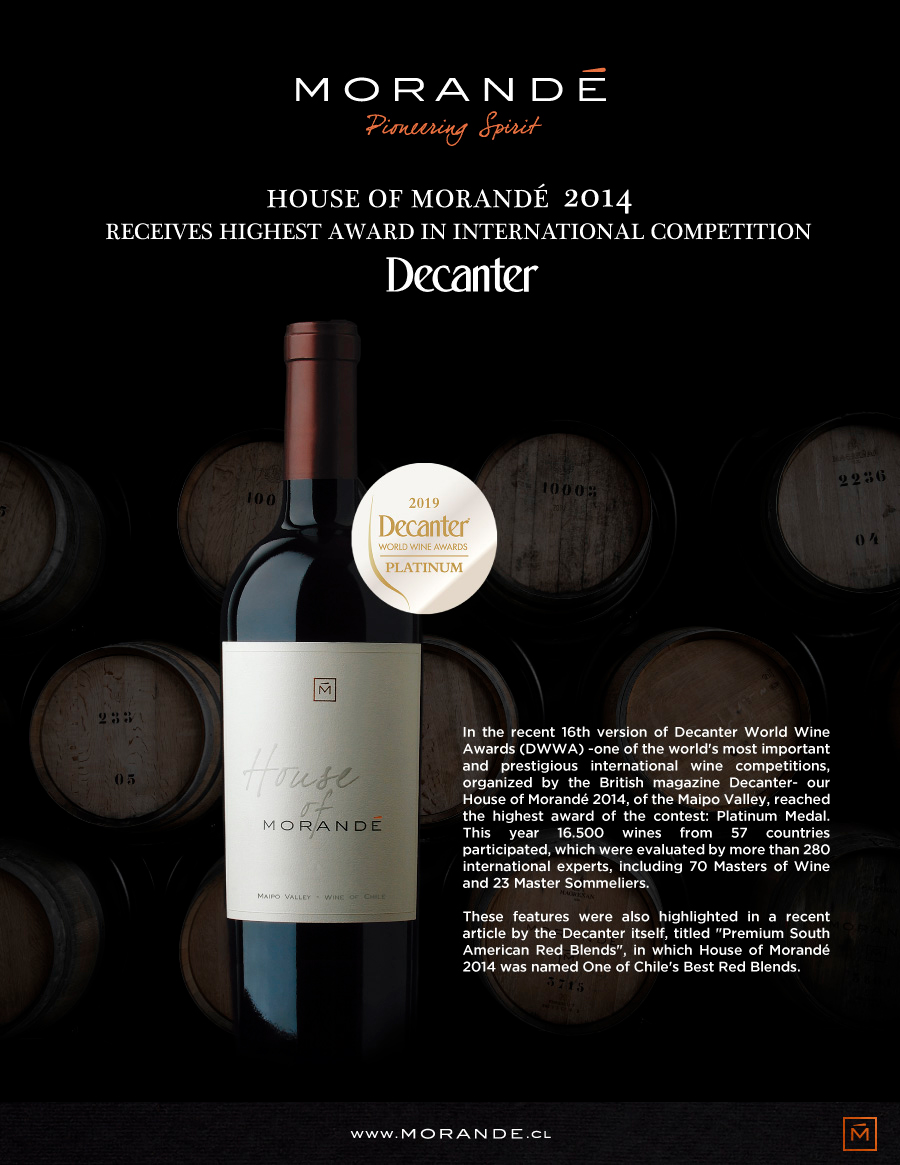 In the recent 16th version of Decanter World Wine Awards (DWWA) -one of the world’s most important and prestigious international wine competitions, organized by the British magazine Decanter- our House of Morandé 2014, of the Maipo Valley, reached the highest award of the contest: Platinum Medal. This year 16.500 wines from 57 countries participated, which were evaluated by more than 280 international experts, including 70 Masters of Wine and 23 Master Sommeliers.
House of Morandé 2014 -which also represents the first harvest of the winemaker Ricardo Baettig- is characterized by an intense red garnet color, forest fruits and black cherry scent, leaving a lasting taste in mouth, giving account of its great body and density, and then balance by delivering a soft final touch.
These features were also highlighted in a recent article by the Decanter itself, titled “Premium South American Red Blends”, in which House of Morandé 2014 was named One of Chile’s Best Red Blends.