Posted at 23:57h in News by Marco Riquelme 0 Comments
0 Likes

Vigno, one of Viña Morandé’s most exceptional wines, has been widely recognized in 2021 by the world’s most significant specialized media, confirming the commitment the winery made more than 25 years ago to produce this variety in the Maule Valley

Vigno is a blend of Carignan, Syrah, and Chardonnay from old vines planted in Maule’s Secano Costero (coastal dry-land). The wine is a small jewel hidden in the Maule Valley, in a terroir which is a perfect blend of the Chilean countryside traditions and a Mediterranean variety such as Carignan, reborn in Maule to show its unique character. 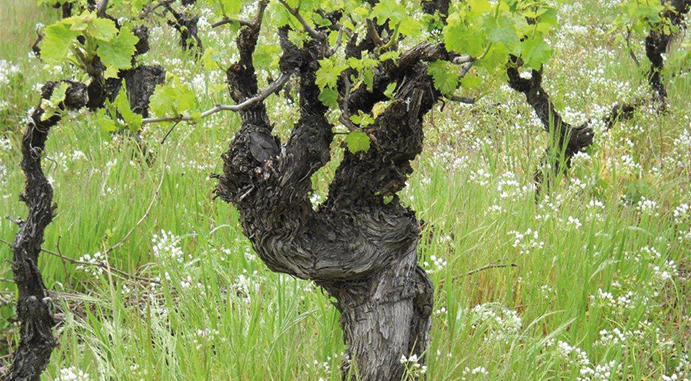 VIGNO by Morandé is a blend of Carignan, Syrah, and Chardonnay, originated in very old head-pruned vines grown in Maule’s Secano Costero

The wine’s particular character has not gone unnoticed: Vigno has been celebrated consistently by important specialized media, who have distinguished it for its great personality and concentration. Thus, the Descorchados Wine Guide awarded its last three vintages (2017, 2018, and 2019) with solid 94 points, while Robert Parker granted remarkable 95 points to the 2018 vintage. The respected British critic Tim Atkin and the US media Vinous gave it 93 points, making it one of the most outstanding exponents of the variety in both reports.

These important awards confirm the exceptional work done by Viña Morandé for more than 25 years with Carignan, one of the varieties that has given Chile a sense of origin in recent years. Already in 1996, Pablo Morandé, the winemaker and founder of our winery, created Morandé’s first Carignan under the Aventuras range, a different and risky proposal for the time, which foresaw the potential that the variety would later show.

Years later, in 2010, Viña Morandé and other winemakers and producers of the variety decided to join forces and create the Vigno Association (Vigno with G for Carignan). It was the first Producer’s Organization in the Secano Interior of Maule, founded to rescue the heritage of the valley’s ancient and traditional vines, whose main variety is Carignan. This initiative has reinstalled theses grapes back on the world wine map, with Morandé’s Vigno as one of the most relevant actors of the group.