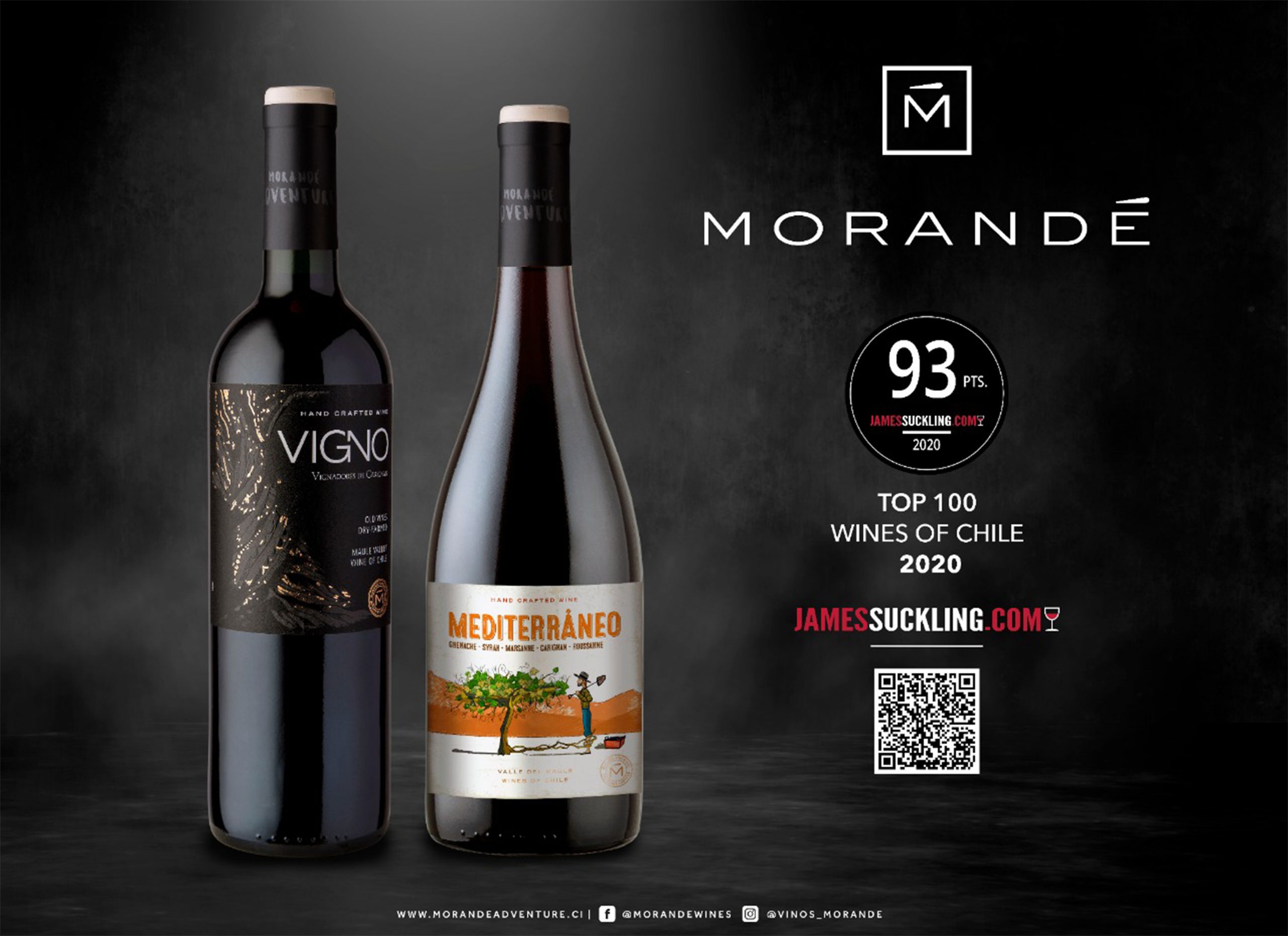 Posted at 15:41h in Reconocimientos by Marco Riquelme 0 Comments
0 Likes

According to the prestigious North American critic, “the diversity of styles and varieties that Chile’s winegrowing sector is currently offering, especially related to Mediterranean grapes,” has been a great revelation. In line with this perception, two of Viña Morandé’s wines –Mediterráneo 2017 and Vigno 2018– were included in his 2020 Report that points out the country’s 100 most outstanding wines.

Very much in line with Suckling’s perception of how Chile’s wines have moved towards a diversity of styles by using fewer classic varieties, the critic included two wines by Viña Morandé in his Top 100 Wines of Chile Report 2020. Both have been showing –with great pioneering spirit- the potential that Mediterranean varieties have reached in our country.

The wines included in James Suckling’s Top 100 list, each scoring 93 points, are Mediterráneo 2017 and VIGNO 2018. The first is an appealing blend based on Grenache, Syrah and Carignan (red varieties) with Marsanne and Roussanne (white ones) crafted in the purest Mediterranean style of Southern France. This wine aims at showing the potential of the classical Mediterranean varieties but planted in the rain-fed Secano Interior of the Maule Valley, far from their terroir of origin. It is fruity and juicy wine, with great structure, that invites you to drink more than just one glass.

Vigno 2018 also responds to the trend towards more diversity of styles and varieties that Chile is currently showing. This wine, crafted according to the essential requirements that the collective brand imposes on its associates to carry the name Vigno on the label, comes from very old vines. It stands out for its aromas of rosehip, cherries and sour cherries, its juicy acidity and its well-structured tannins. A classic by Viña Morandé, now renovated thanks to its aging in untoasted French oak foudres that help polishing its well-balanced finish.