Posted at 21:12h in Wineblog by Marco Riquelme 0 Comments
0 Likes

Malbec, a grape variety from southwestern France, particularly Cahors, where it is also known as Cot Rouge or Auxerrois, arrived in the New World more than 150 years ago. It retained the name Cot in Chile, while in Argentina, it was called Malbec, as it is known in Bordeaux, where some hectares of the variety still grow.

The history of this variety forms a beautiful connection between Chile and Argentina, particularly with the Mendoza region. In the mid-19th century, the Argentine intellectual Domingo Faustino Sarmiento (who was exiled in Chile at the time) became acquainted with the work that ampelographer Michel Aimé Pouget and scientists René Lefebvre and Claudio Gay were doing at the Quinta Normal Experimental Station in Santiago. The future Argentine president was particularly interested in the French academics’ work on viticultural development, and that motivated him to promote the creation of a similar institution in Mendoza. As a result, the city’s governor hired Pouget to create the Quinta Normal de Mendoza, which introduced Malbec in Argentina in 1852.

The development of the variety in Argentina began with the knowledge of winemaking brought by European settlers who arrived in the late 19th century, and it was long used to improve the wines of other varieties on both sides of the Andes. It was often blended into other varieties, which benefitted from the excellent characteristics of its color, its gentle tannins and good structure, its sweet fruit reminiscent of blackberries, and its floral notes of violets.

The rest of Malbec’s success story in Argentina is already well known, although it took almost another century for it to become established internationally through the extensive exports that began in the mid- to late-1990s. 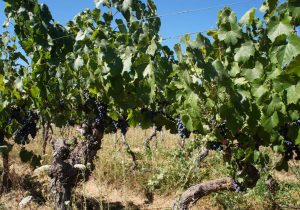 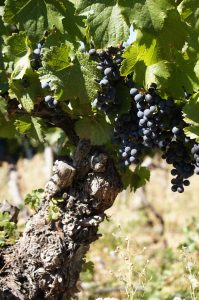 In Chile, it was planted profusely in Maule and Biobío. Even today it is still possible to find vineyards more than 100 or even 200 years old. Unfortunately, only a few dozen hectares of this viticultural heritage remain, although they are currently highly appreciated for the elegance of their wines. One example of this is our Malmau, a wine that comes from a vineyard planted in the 1950s in Talca’s secano interior (interior dryland) on the eastern slope of the Coastal Range, facing the Central Valley.

The newfound appreciation for Malbec would not have happened had it not been for the initial influence of the Argentine winemaker and friend, Matías Michelini. He and our winemaker Daniela Salinas began to shape what would become our MALMAU. That is, MALbec from MAUle. Our La Constancia Vineyard—originally intended to be vertically positioned—was transformed over the years into a kind of head-trained vineyard. Its vines are only supported by two now-rusted wires to which the tendrils cling, forming a vineyard that is very well illuminated, although without direct sunlight.

After more than eight vintages, the vineyard is now in Daniela’s hands, and she successfully expresses the full potential and character of this terroir with granitic soils and a warm, dry climate by harvesting on two separate occasions, a couple of weeks apart. This allows her to obtain one component with a floral character, red fruit, and tremendous tension, and a second that is sweeter, with softer tannins and black fruit. The subtlety that comes with blending two wines from the same vineyard but harvested at two different times is the secret that these grapes with delicious fruit character offer us. This is perceived in the glass thanks to a neutral fermentation in cement eggs and aging in large-format barrels.

This is the result of joining Argentine experience with Chilean passion. 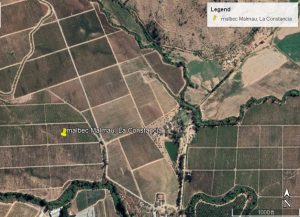